There are lot of ransomware families around the world, however, since long time ago, they contain no new interesting features. VirRnsm.A is a malware that mixes characteristics of ransomwares and infectors. It is a ransomware capable to infect executable files (or an infector capable to encrypt your files). Technically, It doesn’t seem a great malware, but it is worth a look because, from my point of view, in the future we are going to start to see a lot of malwares of this type. Ransomware’s behaviour could end up being a payload of worms and infectors, rather than a malware by itself.


In spite of the fact that VirRnsm.A is an evolution in the ransoms world, probably, it would have spread itself faster if the malware, after infecting files, didn’t block the screen, showing a rescue message and revealing itself. Instead, imagine a worm or infector (a conficker, a sality,…), that arrives to a machine and hides itself with stealth techniques, trying to spread itself as much as possible, and waiting for a date to execute its payload (payload with ransomware behaviour). It could be a enormous chaos.

Here you can watch a short capture of the malware infecting a machine: 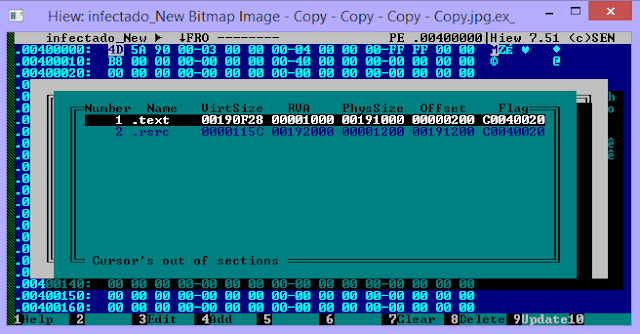 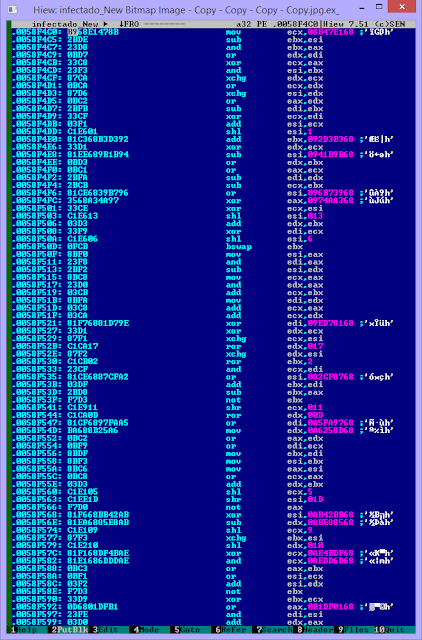 When the ransom ends up of encrypting files, it executes other of the three dumped executables, and this executable blocks the screen with a message like this: 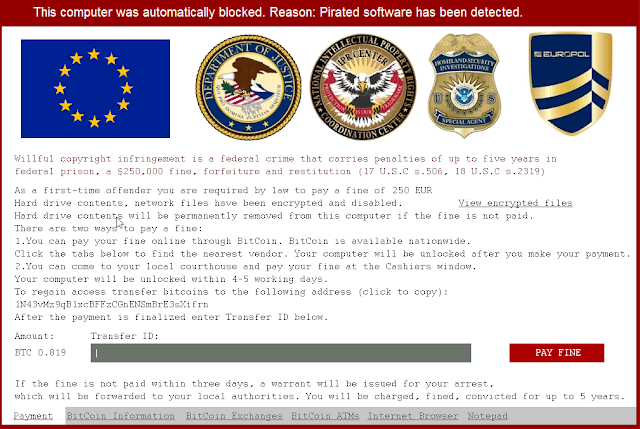 If you executed some of the infected files (exe, jpg,… or any) , it does exactly the same actions (infect the new machine), and, in case that it was a noPE, i.e a jpg file, it shows the original file. In this way it seems the file wasn’t infected. Here is a short capture of a infected file running:

The video shows how the infected files, when they are executed, infect the machine and later show the original file. This ransom stores the key to decrypt the files into the infected binary, so the decryption is possible. I.e Windows Defender was able to decrypt some samples that i donwloaded from malwr.com: